A Little Memo for GM of the year JR 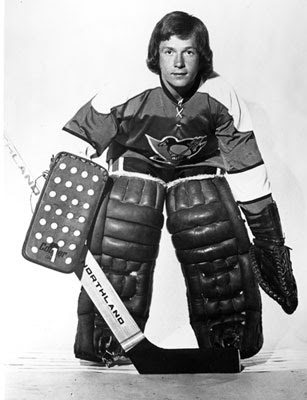 Hallelujah in the name of all that is Jussi Jokinen. Holy guacamole does this guy know when to score goals in the playoffs. Timmy Thomas, do me a favor and ask Marty Brodeur how his own heart tasted - because Jussi Jokinen will carve yours out with a spoon and feed it to you. That goal already adds to the instant classics from this post-season that shall live on in Caniac folklore forever:

So Jim Rutherford is getting plenty of sunshine blown up his butt here lately for being so shrewd as to shed two dead contracts - Wade Brookbank and Josef Melichar - while also adding Jussi Jokinen in the February trade. Add that to the unpopular (at the time) decision that Jimmy Boy made to can Laviolette in favor of Paul Maurice back in December. He traded for Erik Cole and immediately the team steamrolled into the post-season. Certainly a candidate for a GM of the year award, you think?

Something else he's golden at is contract negotiations with his players. Chad LaRose was at an impasse the summer of 2008 with signing his RFA deal to remain with the Canes. The stalled talks happened because Rutherford wanted to pay Rosey 4th line duty money - and Chad knew that he was worth more than whatever he'd get from JR. #59 was on the top line with Staal and Whitney for a good portion of the Devils series. GM Jim knew that he could pay so little to receive so much. While that sort of pisses me off because you all know about my absurd Chad LaRose man-crush - you have to respect a boss of company who runs it so successfully while staying so frugal in this craphole of an economy.

So LaRose only signed a one year deal at .875mil and will be an un-restricted free agent this summer. After having a career year and being a key cog on the team for three seasons - he could easily choose to sign somewhere else where they'd pay him what he deserves.

But I wouldn't count on that happening. My boy Jimmy will probably figure out a way to keep him, Ruutu and Jokinen on the team and still stay low-budge.