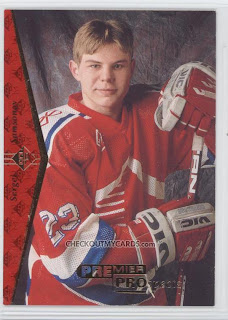 Not only was your boy Sergei Samsonov re-signed today at an affordable 3 year contract, two prospects were signed in Stefan Chaput & Nick Dodge. All three are wingers. That would make a house full of forwards in the Carolina organization now.

Gee it's a good thing the team is chocked full of starting and back up defenseman... not.

With little Brandon Sutter more than likely coming up next year with the big boys, the beer belly gas tank for a sex machine gut tells me that a trade will be happening to ship out some wingers this summer in exchange for a d-line that's not held together by dental floss and duct tape.

In any case, let's all just hope Sergei doesn't start tanking again like he did everywhere else after he signs a contract.