There's only so much that us hockey fanatics can find in the doldrums of summer to feed our fixes. Will he or won't he sign in X location? Will they or won't they trade X player? Well I'm to the point where exploring other platforms to get my pucky news is going on.

While I didn't necessarily find any surprising, up-to-date news on any of our Swedes, Russians or Finns - I did find a few gems to share with you.

Last March, Tuomo Ruutu was apparently voted as the top sexy single in Finland but he's not just a hockey player. No, he's a "puck lion": 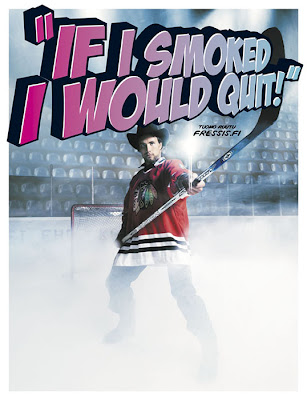 Yeah, I have the same problem all the time with women being drawn to mykomeutensa and hymynsa. I feel your pain, Tuomo. Pimpin' ain't easy.

Next up I found a blog from some Swedes about Nic Wallin and their adventures in Raleigh going to the games at the RBC Center: 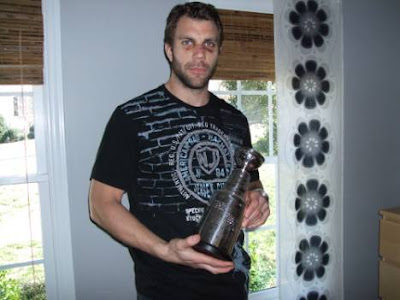 "In the parking lot were several groups that proposed the grill and enjoyed a cold Pilsner in the spring sun. It also has different sheets contests where you could measure its kind shoots or shoot dot on a paper canvas. There is also a live band to entertain the audience while waiting for OFF. Hockey is a stunt here and I do not see why not Elitserien clubs do not follow the concept." - Kuriren blog from Sweden

Yes you see - it's not so much - "C'mon boys, let's throw some brats on the grill and toss back a few brew-hahas before the game" - it's better described as "proposing" the grill. Is the contest he's talking about cornhole? I haven't the slightest.

Is it October yet? Crap.