Things you could do while awaiting a west coast puck drop

As the Hurricanes head out on a three game, west coast road trip against Vancouver, San Jose and Phoenix - all of us East coast players are doomed to staying up until at least 12:30 at night just to see the team on TV. With a 10:00 start, you might find yourself getting just a tad anxious for the game. With that being said - be glad that we here at COI are by the people, for the people, of the people and we're here to keep you occupied while you anticipate your Pacific time zone game.

Here's some things that I'll be doing and maybe you should try too:

You could drink a beer or twelve.

You could step on over to the new and improved Canes Country via the ever expanding SB Nation. Congrats to Bubba and Cory who are professionals at this game by now.

You could drink a Smithwick's. Dark, smooth, yet not too heavy.

You could scope out the competition's bloggers, with my personal favorites being Waiting for Stanley on the Canucks end, Five for Howing for all your Coyotes action and Fear the Fin is great for the Sharks. Also including the Sharkies is one of my all time favorite blogs - the Battle of California. Earl Sleek (even though he's a Ducks fan) is one of the most free-thinking, creative and entertaining hockey bloggers out there today. His twisted mind is on par with only a select few in the elite of the blogosphere. Here's a favorite from his series of "Pucktoons" with Sir Sleek: 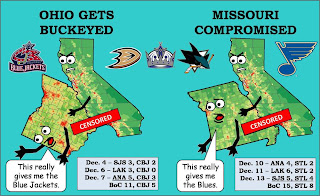 You could drink a Fat Tire, if you're anywhere in the Nashville area or further West. What a great MF beer. (For the longest time you couldn't get the Colorado brewed beer anywhere East of the Mississippi. If it hits NC and you find out, let me know and the first rounds on me.)

You could congratulate East of Here on the birth of his first born this week! While he's obviously not going to be around here too much in the coming months if at all - enjoy a little collection of the best of East's twisted mind:

About those shoddy Hurricanes car flags they tried to skimp on

We're boned, seriously: regarding East's assurance that the return of Paul Maurice meant the inevitable return of dump and chase (as well as being teh Suck). 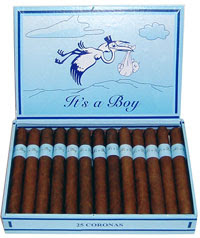 You could drink an Eye of the Hawk beer. Strong at 8% but the copper, amber color with the caramelly (is that a word?) flavor take the edge off. Good stuff. It's kinda fun to start squawking like you're some giant bird of prey while you drink this too.

You could check out the qual that my cohorts have been spewing over at Barry Melrose Rocks, or view only posts written by yours truly if you must. I also highly recommend the author's thread of Kevin Schultz at the NHL Fanhouse for AOL Sports.

With Mardi Gras right around the corner, you could appropriately drink a "Hurricane". Duh. 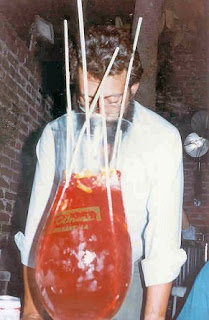 You could rip some bingers swim like an Olympic champ.

You could check out my favorite new blog, F You, Penguin. An excerpt: 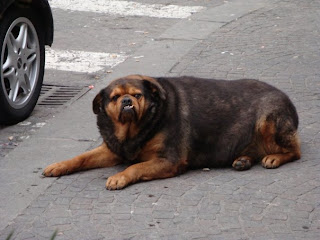 "This jerk refuses to be my friend"
"What the hell, Dog? Like I'm not good enough for you. I have 6,000 friends on Facebook! YOU'RE NOT EVEN ON FACEBOOK BECAUSE YOUR PAWS WOULD MAKE TYPING IMPOSSIBLY AWKWARD. What am I doing wrong here? We hung out that one time, and I thought things were going pretty well. I made some jokes, you ate your own poop, WE HAD A NICE DAY TOGETHER."

You could go and drink dozens of different beers at any of the Carolina Ale House locations, with the Cary location on Walnut St. hosting a Cool Bars with the Storm Squad there on Saturday night for the Phoenix game.

You could also head on up to Hillsborough to check out the UNC vs. Duke hockey game on Saturday. It starts at 4:15. Guarantee you that one will be a chippy affair. 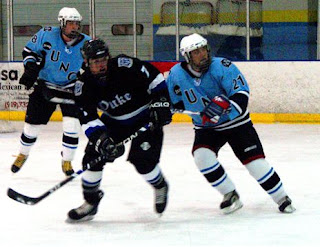 Let's just hope that you staying up so late is warranted by a Hurricanes team worth watching. That is - they don't ride west only to crap the bed in a different time zone.