Don't do it dudes, seriously. He is in the Carolinas to kick your ass for years to come should you happen to deserve it or not.

Labels: Hurricanes, Opening Up A Can, Scott Walker 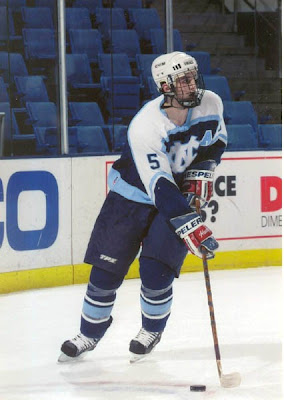 Why Peter Karmanos Is The Man

I read D-Lee's post yesterday about the current status of the Nashville Predators and who the lucky bidder will end up being. Immediately after, I began to ponder:

"What if the Hurricanes ownership decided after the 2003 season to cut their losses?"
Preds owner Jim Leopold held out as long as he could trying to successfully breed NHL Hockey in Nashville. You can't really blame him (as sad as it is to say it) for selling the team. If you spent millions upon millions only to watch the debt expand: a certain no-brainer right?
Karmanos and son, Jason, had a vision and stuck with it. The team didn't turn a profit for 8ish years. I love the fact that Pete K is so low-pro about his ownership yet at the same time active in the community through charitable contributions with PowerWare and with the team. With his partner in crime, Jimmy Rutherford, he has the longest tenured GM in the NHL and the stability obviously goes a long way.
Thanks for not giving up on Raleigh & the Carolinas.

( sorry to the Whalers fans)

Prepare Yourselves For The Eastside Showdown: UNC-W vs. ECU

and for colors that don't match C.O.I...

The weekend of October 12th & 13th pits UNC-Wilmington against their arch-rival, East Carolina U. in Greenville, NC. The Pirates play at the controversial Bladez On Ice (supposedly not regulation sized) on Red Banks Rd. in G-Vegas. It will be standing room only in there - stay posted to C.O.I. for a mas rapido report when tickets go on sale. 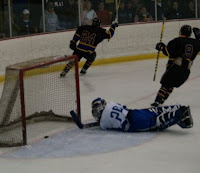 Ronnie Franchise in the HHOF

Congratulations to Mr. Ronald Francis for being elected into the Hockey Hall of Fame in his first year eligible!! It couldn't have happened to a nicer or more deserving person.

Thank you for all you did and everything you still do for us! 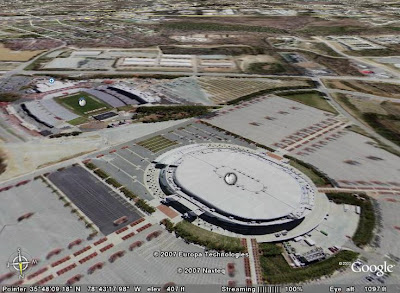 There is a reason why GOOG sells for over $500 a share. If you haven't yet discovered Google Earth - please do yourself the favor! Ever get caught thinking: "Self, I could spend hours on YouTube." ? Wuffie could spend days on GE.

Google Maps now has the satellite view available. This link just may blow your mind Caniacs. Use your mouse roller for zoom in/out.

To quote Cam from Ferris Bueller's Day Off: "I think I see my Dad."

Heating Up In Raleigh 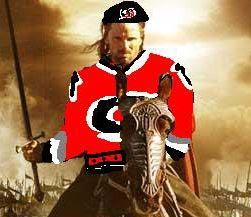 To re-hash this past week in Caniacism, I'll let two excellent bloggers fill you in:

red and black hockey: Carolina gets a Sutter, (sort of) unveils new sweater

Bubba discusses the NHL draft weekend and hints at the Erik Cole trade rumors in his post, "Long Day"

Colesy has been a defining player, a top power forward and excellent member of the Hurricanes community in his time here. Although somewhat brittle, injury prone and tub-ridden in recent years, when he is on his "A-Game" he is hard to stop. (See "Damn I'm Glad..." post) How would you like to try and do what he does/did after breaking your neck only 15 months ago?

I'd certainly admit that it will be a sad day the Cole family has to leave NC. As the saying goes:

"For once, I'm glad I'm not the General Manager" (thanks C) 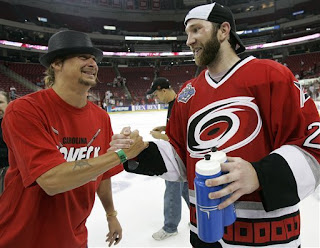 Though the Canes certainly need the sexy, big-named free agent pickup of a blue line stud this summer, at what cost will it be? Stalker Face Babchuk is returning to Kiev and JR hasn't thrown in the towel on Hutch & Seidenberg.

(above) that's odd, I don't remember ever seeing or running into Kid or Cuba Gooding Jr. other than in the Cup Finals. Damn Fairweathers! 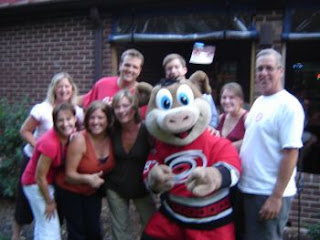 We arrived just before 6 last night, thinking that we would be there in order to get a good table. Sure enough though, we arrived and the line is already out the door. We ended up getting a table in time for the festivities to start.

The picture is Wuf w/ wife and friends, friends' parents and a hog that had to be 135 degrees inside his costume.

I'll call the night a successful one. However, NOTE TO ALE HOUSE MANAGEMENT: Next time you throw an event that has a large enough crowd to violate fire code, you might consider doing it at multiple locations. There's only 10 or so Carolina Ale Houses throughout the Triangle.

Much to the dismay of many other NHL teams, Scott Walker will be in a Canes uniform for at least 3 more years. Many chances to witness butt-whippin's @ the RBC for many games to come. Not a moment too soon, JR seems to have all the holes almost filled. Vancouver Canucks fans were already talking about how nice of a pick up Walker would be. Instead, they'll just continue to watch YouTube clips of him kicking the crap out of players.

Labels: KO, Opening Up A Can, Scott Walker

One year to the date, our boys won the holiest of holy in trophy land. Seeing as the traditional 1 year anniversary gift is "paper":

And now, a video by yours truly:


What an amazing concert, venue & crowd! The band actually created an audio/video contest for this show only. Whoever submitted the best video & photo will receive some good Avett Bros. schwag. With so many cameras in action, there is plenty of good YouTube clips from the show. The setlist is posted on the bands official site.

Getting Your Summertime Hockey Fix

The RecZone is hosting several different hockey camps coming up in the next few weeks. Varying in skills, age levels and cost, there are many to choose from throughout late June and July. Click here for the schedule. As always, you can skate or participate in public "pick-up games" of hockey there.

The Cary Ice House has their preschool ages 3-5 summer program called, "Rink Rats". What better way to keep your kid(s) exercised, in shape and entertained over the long, hot NC summer?

The Factory Ice House in Wake Forest stays busy with their prep leagues and camps.

Just try and keep yourselves and your loved ones free of on ice injuries!

I recently stumbled upon a wonderful website, HockeyCat. It covers youth and amateur league buzz throughout the Carolinas! Nice to know that others are out spreading the word!

This coming Tuesday, June 19th, Game 7 of the '06 Stanley Cup Finals will be aired at the Carolina Ale House. Seeing as this is about 1.34 miles away from my house, I will most certainly be in attendance. A few of the regulars over @ CanesCountry Message Board are rumbling about a rally there. The plan is for it to be a "Cool Bars" type atmosphere. Arrive early, it is sure to be packed.

Make it out, meet your bloggers in person, and re-live the fun!

I'll buy you a beer, you buy me a beer, and then we'll drink in honor of Cason and the other Caniac Propagandists that can't make it! 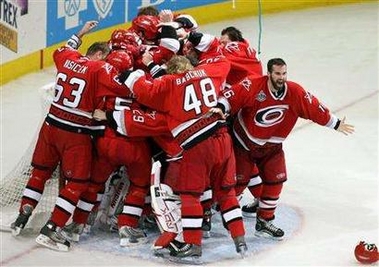 As predicted in this earlier post, Brindy did win the Selke trophy for the NHL's best defensive forward again last night.

Thanks for your awesomeness, dude.

**Update 6/22 - Props be to DLee of Red & Black Hockey for finding the YouTube clip of Rod's acceptance speech.

We Miss Out On These In The States

Earlier this year, the Clemson & ECU club hockey teams left the BRHC due to growing success within their programs. With the two of the best teams leaving, the domino effect set in with 3 other teams ditching house.

The UNC Charlotte 49ers have been added to the Carolinas Hockey Links on the sidebar.

Credit goes to the UNC-Wilmington club hockey site for busting the news out and for actually keeping a website current and informative. Check out their schedule of events.

Back To The Beach: Another WufPirate Family Vacation

One of my favorite NC locales: 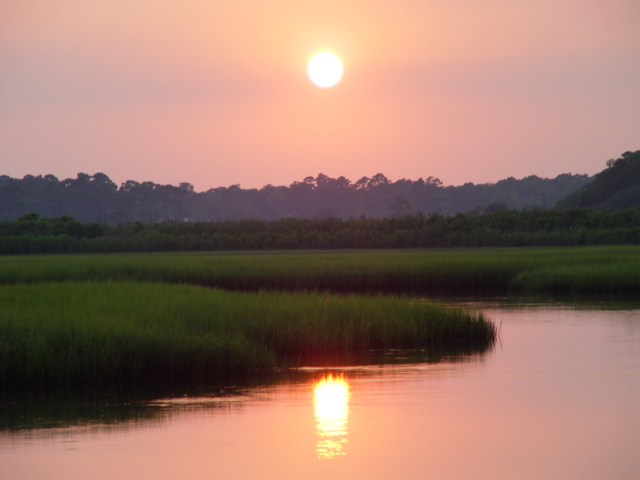 I have been coming here for about 23 years for the same week every summer with my family. So have fun at work or school up there! Suckers!

First off, congratulations to the new Stanley Cup Champs.
Anaheim played solid all regular season and proved they had "Whatever It Takes" to win it all. A strong team effort provided them with their first Cup in their 14 year history and California's first NHL championship.

But what the hell is wrong with Gary Bettman? In what other sport does the commissioner come out with a dorky, rehearsed speech that sounds the same every year as the championship trophy is presented? Is it really necessary? Nobody wants to hear him. Captain Niedermayer was almost just as impatient with Bettman as Brind'amour was last year.

When the Commish was being introduced over the PA at the Pond last night, people started to boo. His response?

What a loser! Does he have epilepsy? I believe he had 3 blinks per second during his speech. I'd rather have Alanis Morrissette out there presenting the Cup than that stumbling, bumbling fool!