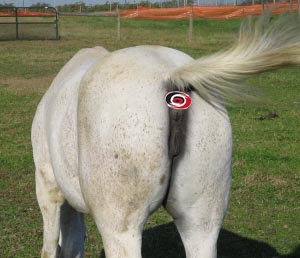 I have. He works in parking...

I know I bitched about the whole parking fiasco last year. And I know that maybe the whole RBC parking setup is an easy target. But I can't help but go back to that particular well after last weekend. Maybe you've had the same experience...

I love hockey. I love the Canes. I love going to Canes games. And as you may or may not know, I love to tailgate weekend games. And usually, it is a really good time. But last weekend, one of their parking guys really pissed me off.

As anyone who regularly attends Canes games knows, on the weekends, the parking lots open 3 hours before game time. Last weekend, the game was at 3:00 pm, so the parking lots were due to open at noon. Simple. So I head out to the big ATM to get a good spot and set up for the tailgate. The wife and I ended up leaving the house late, and ended up arriving at the lot at around 12:20 pm. We were 20 minutes late, but there was still nobody there at the entrance taking money. No problemo. I've seen this before. So we head on in to get a good spot and start setting up. The almighty C-Leaguer had gotten there right before us, so we set up next to him and the party began in earnest.

Flash forward about 30 minutes. The sausages are grilling and we are killing time waiting for the parking guys to come around (like they always do) so that we can buy our little parking stubs (since they were not taking money out front when we arrived). The parking lot supervisory staff (the guys in the John Deere Gator) came by, so I went out to give them the cash for the little parking stub. But they didn't have any, so they called for some other parking guys to come over and get our money. A few minutes later, the parking stub guys showed up.

I saw these guys walking over, so I got my money out and met them at the front of our vehicles to give them the cash. The first guy takes the money and gives me my parking stub. The second guy suddenly gets all pissy with me. He barks "How did you get in here!". Though it should have been obvious, I pointed at the only entrance to that parking lot and said "I drove right in." Whereupon, he tells me "No you didn't!" (Strike 1). I told him again that we just drove right in. He then barks "How did you get by without paying!?!" (Strike 2) I politely told him that there was nobody taking money when we pulled in. So he asks (in a nasty tone) when we got there. I politely told him that we got there at 12:20, and that the guys working that lot must have been a little late getting there. At this point, Mr. Parking Asshole points his finger at me and in a very shitty tone of voice says, "We weren't late! Y'all came in too early!" (Strike 3).

Now here's the rub. I've been buying a ticket package (lower bowl) since before the lockout. I've sat through the abysmal seasons. And every year, I've ponied up the cash for the tickets. I've been there for the losing seasons. I've been there for the cup run. I've been there for the last 2 seasons where we've tanked and missed the playoffs. I'm back again this year, even though they raised ticket prices (yet again). I'm back even though they worked a deal with the fairgrounds to close the "free" parking to create a parking monopoly. I'm back even though (after sealing off the free parking) they upped the parking fees by 25%. I'm back even though the economy is in the tank. I even left my playoff ticket money (which I had to pay in advance, whether or not we made the playoffs - which we didn't) in their hands for several months and rolled it over into my package this year. I've got a kid on the way and should be saving my entertainment dollars for the soon-to-come child care expenses. But I didn't. I chose to continue to support the team.

And yet, despite getting gouged for price increases for both the tickets and the parking, I'm now expected to take abuse from some random parking lot attendant because they can't get their shit together well enough to be in place in time for the parking lots to open on time? And even more galling, despite my attempts at being polite, the sons of bitches have the nerve to stand there and call me a liar?

I've been treated like crap from a few of the event staff before. But I've given them a pass. I chalked it up to somebody just having a bad day the first couple of times it happened. But it's gotten to the point where it seems to be a pattern. And I've officially had it. No, I am not going to give up on the Canes. Nor am I going to stop attending games altogether. But I'm seriously rethinking my desire to keep a ticket package next year. If I do decide to renew my package, I'll probably downgrade to the cheapest seats I can get. And I may even downgrade to a 10 game package. I sure as hell am not buying anymore crap at the Eye, and I won't be buying food or drinks in the arena anymore either. (I've also found a new free parking spot within relatively easy walking distance, that they haven't managed to shut down yet, so we'll be utilizing that as much as possible from now on as well...).

They can still treat their customers like shit if they want. But this customer is gonna be paying them a lot less money to do it with.

So endeth the rant...

Even the crickets are getting bored with COI

Apologize for the lack of new material here lately. The Wuffy family is in the process of a lengthy move-in, while East is preparing for his offspring to be born... We'll be back up and running in due time. 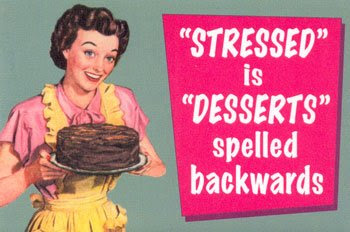 A quick note - there will be a shootout during intermission tonight featuring a select few players from NCSU & UNC. Woot! Highlights from a previous one:

Also - Happy Birthday to Big Mike from the Storm Squad - you poor man you! 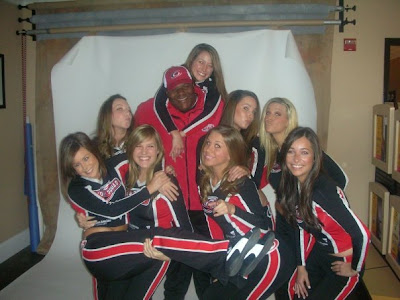 Hurricanes steal one back from the KHL

When the Hurricanes signed forward Matt Murley to a contract during the pre-season, he was expected to be one of the top wingers for the River Rats. An early call-up was expected knowing the injury rates of the Canes, as he was destined to make the trip to Raleigh at some point barring a completely FUBAR'd season.

He had a good pre-season, scoring a goal on a beautiful feed from Joni Pitkanen in Philadelphia. He was one of the last to be cut from the opening day roster. Then, shortly after his assignment to Albany, he bolted his way to Russia to play in the KHL. See ya, bastard.

Michael Ryan is a winger who played in Buffalo's minor-league system the past few years and appeared in a forty-odd games with the Sabres last season. He signed a contract with HC Dynamo of the KHL over this past summer, thinking he would be heading for the lovely land of Belarus.

Ironically enough, as news broke that Alexander Radulov would not be returning to Nashville to finish out the last year of his contract because of his lucrative deal with the Kontinental Hockey League, Ryan then showed up at the Pred's training camp on a try-out basis. He was released after having a team worst -3 in the pre-season.

Flash forward to last Friday (Halloween). He's signed by my boy Jimmy to be assigned to Albany and bring a veteran scoring presence to the River Rats. He scored the gamewinner for the Rats on Sunday in a comeback over the Bridgeport Sound Tigers. He's also got two assists in Albany.

So the KHL gets a Murley and the Hurricanes steal one back in the signing of Michael Ryan. Touché, KHL., 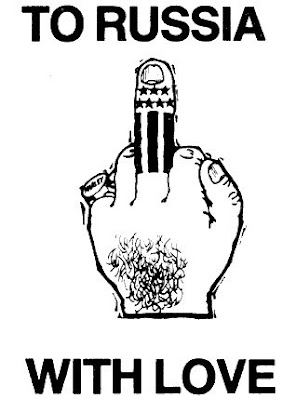 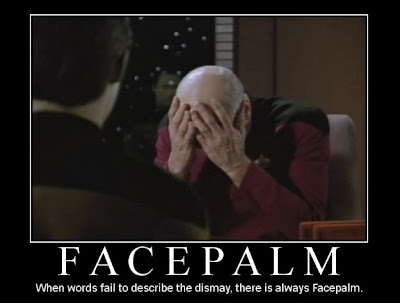 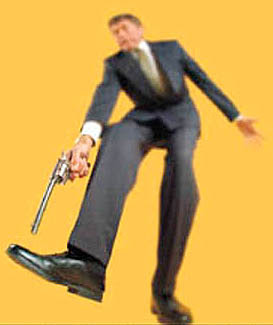 Would you like some catch-up with your maple syrup?

OK then, back at it.

The Canes are extremely fortunate to have a 7-3-2 record through 12 games considering they way they've been playing. We've yet to see a "complete" game. It's kick the crap out of them a period at a time, then just "hang out" and watch the other team come back to life. Or vice versa. How good could this team be if they could string three periods a game together?

Toronto is better than anyone expected. Grabs is on point as well as Niklas Hagman. Toskala is a legit #1 and Ian White has quite the porn-stache underway. Good on Ron Wilson for (so far) over-achieving with this Maple Leaf team. They're still gonna need quite a few therapy sessions this season however: 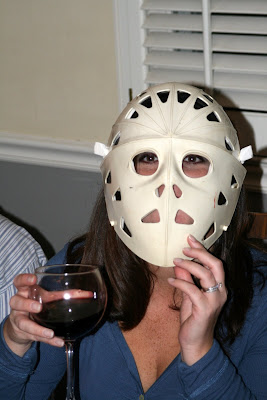 My prediction that Samsonov would score 89 goals this season? Doh. He'll get it kicked back up soon enough. My guess is that once Brind'amour gets back to playing at a + rate, Sergei will be right behind him.

Nic Wallin is a pimp. It's no secret.

Scotty Walker is back but needs to be paired with Ryan Bayda to get their cycle-game on. Any chance he can just use Pronger-style elbows if needed since he can't punch anybody?

The fact that we haven't heard any updates on Brandon Sutter is unnerving. WTF is going on with him? Can he walk? Drive? Skate? See straight?

Seeing Dwight Helminen skate so fast in a #63 jersey just doesn't look right. Quite used to seeing a big slow Czech wearing that number for the red & white.

Big game Thursday night at the Verizon Center. Its the most important game of the season so far. Here's a juicy reason why:

"I would expect the Capitals to begin to pull away from the crowd soon and leave their divisional opponents in the dust. Their collection of talent eclipses that of any other teams in this division." - Ted Montgomery @ USA Today

Not so fast, Ted. The Caps do have the collection of talent, but who has led this division for the majority of the previous three seasons? The game will be a great early test for both squads. Ovechkin is primed for a breakout game. He's got 29 points in 24 games vs. Carolina. Washington is 9-0-1 in their last 10 at home. Something's gotta give. It is beyond obvious that the Hurricane squad that can kick ass for an entire game will need to show. 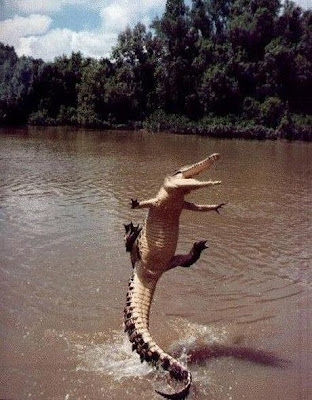