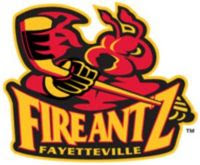 Sweatin' To The Oldies: On Sunday, Hurricanes played Detroit (the two oldest teams by average age) a 1/2 hour after their previous MTL beatdown, end up losing a game, 5-2, that was more competitive than expected. They will sleep like babies today. (Canes Country)

Erik Cole is back on the scoresheets and he's baaaaaad. (Lord Stanley's Blog)

Stephen A. Smith mouths off on blogs, makes us all stupider for having listened to him. (ThePensBlog)