and their favorite movie is "Get Shorty". So many things to be upset about after a game like that. Despite out shooting the Islanders 47-31, someone forgot to tell the point players that they're supposed to, you know, protect against shorthanded breakaways.

Wade Dubielewicz = NY Isles backup goalie, 5' 10", maybe 140 lbs. soaking wet. He didn't have to be fantastic tonight, but he plays like a confident 2nd string goaltender. Hey, the Canes could use one of them! 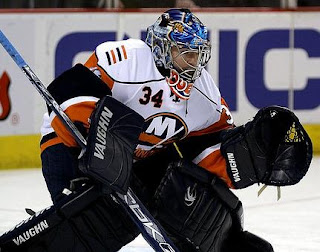 This team is fortunate to have so few games end in shootouts recently. Ward-O doesn't do one-on-ones. Could we get the fat Cam back? My CanesCast (more on that later) compadres asked me the other night what my thoughts were on Carolina's goalie situation. I responded by saying it wouldn't much matter who is in goal right now because of this NHL worst team defense. Shaky at best tonight.
Speaking of bad D, Frankie K? If I had to nominate someone to receive the Arturs Irbe treatment, myself and several peers outside section 208 are behind me in sending you to lovely Florida. 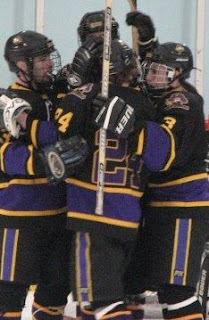