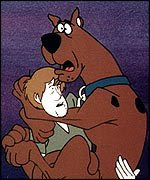 The last thing that the Carolina Hurricanes wanted heading into Tuesday night's game in DC was for it to mean anything other than a final tune-up before the playoffs. Thanks to a loss at the hands of last place Tampa Bay on Saturday and the fact that the Capitals have beaten the tar out of everyone they've played; they find themselves fighting for their very lives among the crapshoot that is the Eastern Conference.

All of a sudden, at 90 points, the Canes would be in 9th place if not for their automatic 3rd seed as division leaders. Washington refuses to lose behind the hard-charging puke-yellow skate laces Alexander Ovechkin and their ragtag group of youth and veterans carrying the load. Overshadowed by A.O. has been the resurgence of Cristobal Huet playing with a chip on his shoulder. He's out to prove to Montreal GM Bob Gainey that he is the real deal, franchise carrying goaltender after he was cast away from Les Habs at the trade deadline this year.

I do love the fact that the majority of hockey fans will be watching with a keen eye to this matchup tomorrow night. It bodes well for the current and future state of the Southeast division that a dramatic finish can draw such attention. Although plenty of outsiders will be pulling for the Caps, be on the lookout for Eric Staal to steal the show. The kid has done everything that is expected of him lately with 31 points in 20 games.
This is a fun time to be blogging about the Canes and just being a hockey fan in general.
Lets. Go. Canes.