Coming clean about the Chuck Norris of Hockey 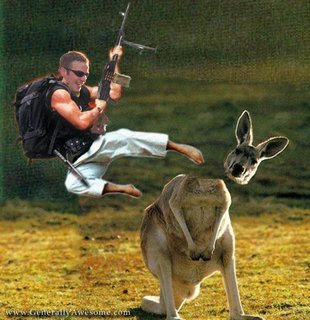 OK, so the fine folks at 850 the Buzz revealed to Chad LaRose that he is referred to as "The Chuck Norris of Hockey" in what has become a cult following among Caniacs. Though I did not coin the term, I feel the time is no better than to let my faithful readers know that I'm the Dave that calls in to the aftermath while leaving games to brag about Rosey (pre-broken leg, of course).

Is Chad the toughest dude in the NHL? No. Does it matter? Certainly not. He earned that moniker by his scrappy, never-say-die attitude that he carries on the ice. Fans of other teams will certainly disagree. But isn't it nice to have a character like Rosey in the locker room to bring much needed comic relief, all the while being the yip-dog that he is? He's not much of a fighter but you won't see him backing down from anyone. Gotta love the heart in the kid.

Keep in mind, he is a true Hurricane system guy. He was one of the all time leading scorers in Peter Karmanos' Plymouth Whaler squad. Yet he goes undrafted, comes up to Raleigh after a year in Lowell (split with FLA Everblades) and gels perfectly into the team's fourth line w/ the Adamses.