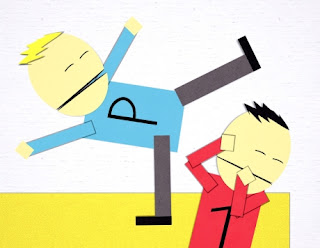 Quote from Ottawa GM Bryan Murray in regards to the Joe Corvo trade:

“I don’t know whether it was the pressure or never having a life away from the
building, but he felt that Joe would enjoy going to an American team,” Murray
told the Ottawa Sun. “He wanted to play where there was less scrutiny. He just
couldn’t handle the pressure here.
“People like to talk hockey here and they live hockey. They don’t talk (hockey) in Raleigh very much. He’ll probably thrive in that environment and I like guys who thrive under pressure.”
(This isn't the first time the Senators have played that somewhat-odd card. Ottawa coach John Paddock has repeatedly mentioned that Martin Gerber flourished in Carolina because "they only have one beat writer.") (Lord Stanley's Blog, N&O)

I beg to differ, sir. Our cab drivers may not be able to tell you why our powerplay is slacking but we do talk hockey here. For example, on Monday (the day of trade), I headed to Borders to pick up some new tunes. While I was paying for my things, the woman running the register just happened to see my Canes pocket schedule in my wallet and she piped up, "Oh!! Did you hear who they traded today?!?" As I explained to her what went down, she expressed her sorrow for seeing "Stiller" gone but knew that Jimmy Boy had usually been the man to trust in these situations. As I walked out, the three people in line behind all asked the lady what had happened with the Hurricanes today.

Also, there's about 900 unique visitors in the past 30 days in NC/SC alone who came to this lil' 'ol blog to "talk hockey". Sure, plenty of locals are obsessed with ACC and college sports but they're not all freaks ready to pounce at the first sign of an athelete's vulnerability.
Yes, we do have one official "beat writer" in Luke DeCock. (Guess everyone is ignoring Rachel Carter, who has been chiming in nicely over the N&O.) However, do not discount the Durham, Fayetteville, etc.. writers that contribute to the Canes coverage. Not to mention the guys at 850 the Buzz, 99.9 The Fan, and the local news channels. These folks do their jobs and they do it well. They're not out to hound NHL players in their personal lives. Our GM doesn't take pot-shots at departing players, no matter the situation. As Cason stated today, it's just flat out bigotry the way the Canadian media (and GM Murray) have handled this whole trade.
Whatever sells their story, I guess.