Because hockey people are good people 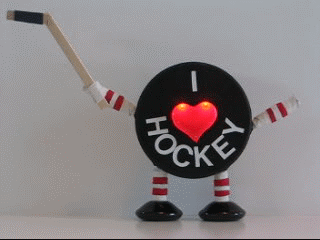 Back in September, the wife and I had arguably the worst week of our lives. Nothing turns your life upside down like an unexpected tragedy. As the late great Phil Hartman would say during his SNL Frankenstein , "FIRE BAAAAD!!!".

Well as I returned from hiatus, I titled a post "I might have to buy a new jersey after all". My Roddy Brind'amour "A" jersey that I'd had since 2003 and worn (without washing) all through the 2005-2006 Cup run year was in the same condition as all of my other clothes: covered in a nasty yellow soot stain.
I had been tinkering around on the Canes Country Forum and made some e-friends, but had yet to meet any of them. We had been discussing joining up for a tailgate party before a Canes game.
It ended up being one of the 40 games we had against the Florida Panthers last season.
So there we were, having a grand 'ol time enjoying the pre-game festivities. My new friends and I were getting along like we had all known each other for years.
With about an hour or so before the 7:00 puck drop, people starting telling everyone to gather around me. Someone went to their truck to get something. He came out with a white bag from "The Eye" (the Hurricanes merch shop). Sure enough, they had bought me a shiny white new Rod Brind'amour jersey.
I was speechless. I still am. How could these people do something so nice for someone that they had never even met? With a poo-eating grin on my face, I happily accepted it and immediately threw it over my body. Fit like a glove.
So Thank you to Bob, Janey, Brian & East for what you did for me. I won't forget it.