You gotta be kidding me: Canes to bring back Jeff O'Neill? 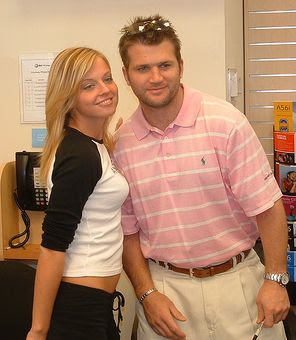 (photo: 850 the Buzz)
Luke posted a lengthy blog entry tonight which was great to see in this dead time of hockey and sports in general. For the Caniacs deprived, almost any news is good news right now. Almost that is, until you see a headline like this:
O'Neill back in Canes' plans - maybe

The team is interested in talking contract with the one and only Jeff O'Neill.

I'll admit that I had to make sure my contacts hadn't fallen out upon first reading that. Out of all the free agent possibilities for the Hurricanes to be talking to - they're back in cahoots with the Diva himself? Sure, he was one of the team's all-time leading scorers - but it's no longer 2001 and there are reasons why he wasn't playing in the NHL last season.

My boy, Jimmy mentioned that if he were to join the organization - it would be as a depth center. Is this a sign of how confident the team is regarding the health of Matt Cullen? They're so concerned that Cully hasn't/won't recover from his two concussions last year that Jeff O'Neill playing out of position would be an effective emergency alternative?

I can't wait to read what the Acid Queen has to say about this.