Hey Bandwagoners! How'd THAT Work for You? 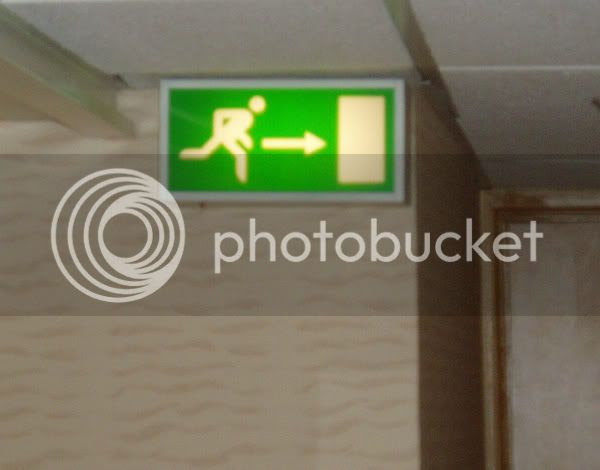 Don't you just love the bandwagoners? I know I do.

With roughly 3 minutes left on the clock, the Canes were down 2-0 against the Bruins. The next thing you know, there are loads of B-wagoners jumping up and running (some literally) to the exits. I'd like to think they were fleeing the arena as some sort of show of support in the team, but while I may be ignorant, I ain't THAT ignorant. Some people just don't have faith.

So anyway, there I sit, yelling "It AIN'T OVER PEOPLE!!!" to no avail. The wagoners continue to flee. I turned and said to the Swede, "I'm gonna laugh my ass off if the Canes tie it up" [or some other combination of words to that effect]. When the clock got down to around 2 minutes left, there were even more people heading for the exits. I thought to myself, "Self: I'm gonna wet your pants if the Canes manage to pull this out..." For some reason, I just had a feeling that something worth waiting for was going to happen. The potential was certainly there. Maybe the Canes would rip off a late miracle like they did against Jersey in '06. Or maybe Timmy Gleason was gonna pick up Ference (ala the glorious Horton slam) and smack that genetic mutant Zdeno Chara over the head with him. Or maybe somebody would pot a nice goal and Timmy Thomas [that's pronounced Tim-Wye Toe-Mahss in Kaitonese] would go ballistic, shatter the glass, and rampage through the crowd; smacking fans like Patrick Swayze in "Roadhouse" until he was finally subdued by a tranquilizer dart fired by a crack RBC sniper from the spotlight platform hanging from the catwalk above. Okay, maybe the first two were a bit of a stretch, but that last one was always a possibility. Anyway...

Flash forward. But not far. With about :42 seconds left, lightning struck. Erik Cole decides he can't stand the thought of Ray Whitney getting all the glory and pots the tying goal. The crowd went nuts. Much to my chagrin, Tim Thomas did not.

Of course, what ensued was an exciting overtime; followed by a disappointing shoot-out. However, I couldn't help but smile all the way back to my truck (which, due to the horrific state of RBC parking logistics, was parked in the outer reaches somewhere between Fuquay and Sanford). I wondered what those bandwagoners must've thought when they got to the minivan, jumped into the drivers seat while bitching about the loss, turned on 99.9 [the Fan], and caught Kaiton announcing the start of overtime. And later, a shoot-out.

Perhaps the type of fan that runs for the exits with 3 minutes to play doesn't care about the outcome of the game. Or perhaps these type fans just get their jollies thinking their the big winners in the race out of the parking lot. Either way, I can't help but hope that they felt some measure of disappointment and/or regret upon learning that owing to their lack of faith, they missed an opportunity to witness a very rare and exciting sports comeback moment.

This is one of the reasons why I never leave early. I support the guys to the end; win or lose. That last 1:03 in regulation night was one of those moments in Canes history that will be remembered and retold by the hardcore for years to come. And I am proud to say that my retelling of that story will begin: "I was right there in section 1** watching when Cole..." rather than: "I was just turning out of the parking lot when I heard Chuck say..."

The moral of this story is simple: Stick around bandwagoners. Sometimes, good things come to those that wait.