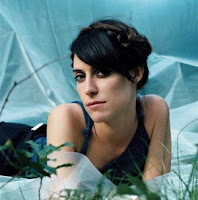 I took the wife out last night for a nice dinner right around 7:00, scheduled to come back in and catch the game on the DVR. As it was apparently the night of every Raleigh high school's Winterfest/Sadie Hawkins and all the restaurants were overrun with dressed up teens, we didn't make it back home until 9:30ish.
As I watched the first trimester, it became obvious early that the Canes had returned to their lackluster form and displayed why the NHL's worst penalty killing team owns that tag. And this less than 24 hours after a confidence boosting and much-needed win over Washington that propelled them back up to the SE Division lead.
What's with Cam Ward being "Tortarella'd" last night? Obviously he was being hung out to dry, and stopping breakaways aren't his thing, but damn you'd think after three early ones it's time for a change no? Crackers saw his first action since being recalled from Albany and didn't allow any further.
Needless to say, let's be glad they didn't put on this kind of crap at a home game. As much as this team needs the revenue from butts in the seats at home, performances like this are simply killing the team this season. How many games now has it been where they get shelled like that? Just be glad they didn't make it 8 goals like the Buffaslugs did earlier this year. But for every one solid and sound game the Canes have had this year, there is another where the effort just isn't present.
Eric Staal has picked a hell of time in the season to be on a cold streak. Although he shined in ATL at the All-Star game as the MVP, he can't seem to create any goals without Malkin or Brian Campbell out on the ice with him.
So after the debauchery that was that 1st period, I could simply watch the game in ultra fast forward and wait to see the goals light up. Nothing did. Not a game worth wasting a Saturday night watching.
There were some other things worth watching last night however. The SNL repeat of Feist performing live came on. Leslie Feist, who IMHO has the sexiest voice in music, is Canada's finest and performed their iPod commercial super hit, "1,2,3,4" followed by "Feel It All". This band is extremely talented and performed at or above their potential. (Take the hint Canes).

Here they are performing "Feel It All" acoustically from the Jimmy Kimmel show: